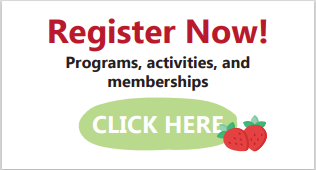 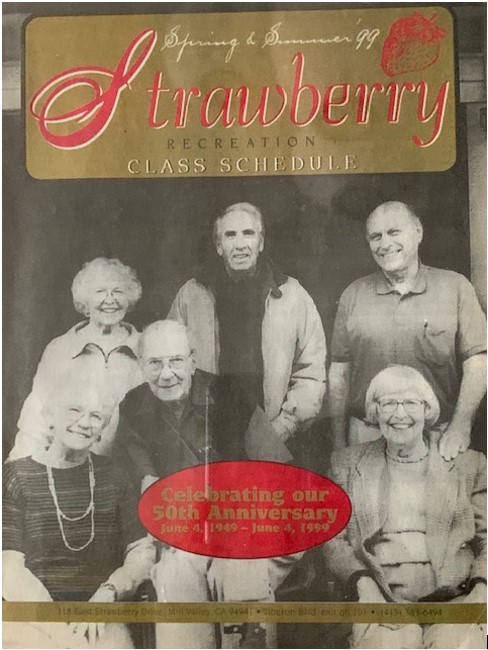 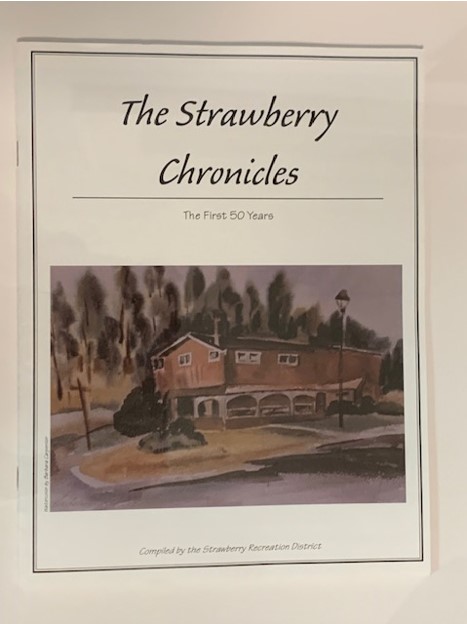 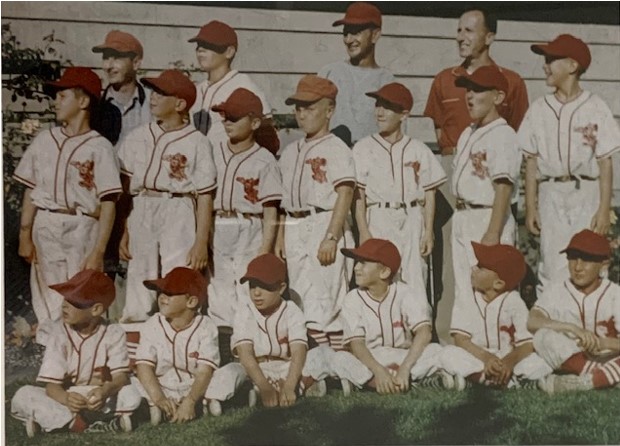 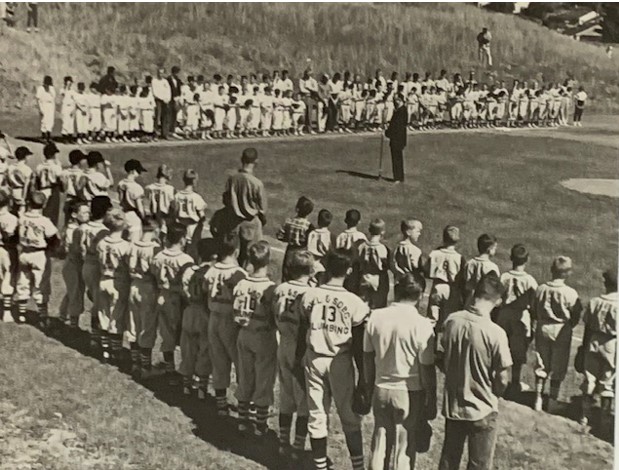 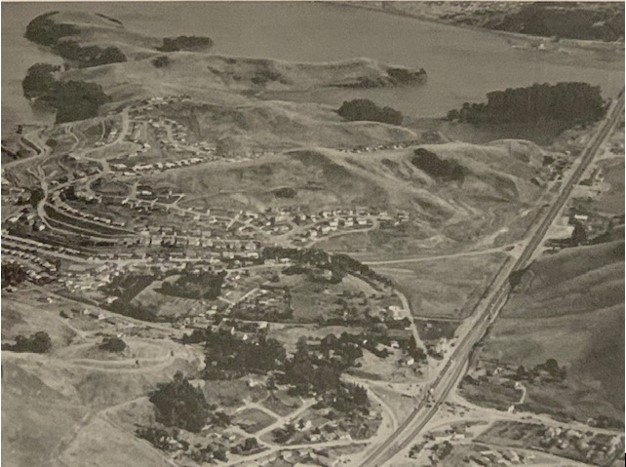 SRD offers quality, innovative and diverse programs for all ages, interest and abilities

History is taken from “The Strawberry Chronicles” compiled by the SRD Board of Directors and SRD staff in 1998.

Strawberry is an unincorporated waterfront community in Marin County, California located 10 miles north of San Francisco. Situated on the San Francisco Bay between the towns of Tiburon and Mill Valley, the original inhabits were Native Americans leaving behind small artifacts and shell mounds.

Originally part of the Rancho Corte Madera del Presidio, Strawberry Point was inherited by Hilarita Reed Lyford. During the second half of the 1800’s, Dr. Benjamin Lyford and Hilarita Reed Lyford built a house, started a commercial brickyard and the Eagle Dairy Farm.

Early settlers to Strawberry and Tiburon peninsulas were dairy farmers and gardeners. In 1886 Manauel Rodrigues da Fonta, his wife Mary, and three year old daughter Rose, rented a small house and a few acres from the Reed heirs. Rose along with her younger brother and sister attended the first Reed school, a one room school located near the railroad trestle (presently Belvron Gardens)

In November 1918 John Paul Reed (heir to John Joseph Reed and grandson of John Thomas Reed, the Mexican land grantee) conveyed houses and land to various persons who lived on the ranch and left the ten acre knoll and the Rogers/Rodrigues house to Rose (now the Richardson Bay Audubon Center).

In 1933, at age 50, Rose married Arthur Verrall, a printer and native of Canada. Following his death (25 years later), Rose walked daily to Mill Valley and devoted her time to the care of a small herd of goats. She became affectionately known as Rosie, the Goat Lady. Rose deeded her property to the Marin Conservation League which later transferred title to The National Audubon Society in turn for lifetime tenancy with income and care assured her.

A narrow gauge railroad ran from Corte Madera to Sausalito via the east shore of Strawberry peninsula. There was a 4000 foot trestle that spanned Richardson Bay. The train stopped at the Eagle Dairy to pick up garden produce and dairy products.

Following World War II the United Nations Organization (then meeting in San Francisco) proposed the site for its permanent headquarters. The site became known to the world as “Strawberry Point”.

The First Subdivision Begins Construction in 1947/48.

Samuel R. Neider, the owner of two “Cigar Box” restaurants in San Francisco and Oakland, had obtained control of the land of Strawberry and had arranged for development of the first subdivision with Tornell/Rouseau. Claus A. Tornell was a former member of the Army Engineers and was referred to as “Colonel”. Oliver M. Rousseau was a long time builder and developer in San Francisco. Together they started the development of Strawberry Heights Subdivision I as designed by Hammond, Woodbury and Smith, Architects/ Engineers.

This subdivision consisted of many of the houses on the south side of Old County Road, now Belvedere Drive and portions of Richardson Drive and Reed Boulevard.

In 1950, the Martins developed their dairy pastures up the hill as “Martinbrae” along with the new South Knoll Road. The north side of the road had houses dating from the mid-twenties, built by Heater, Buckle, Clerc and Bryant families. Two of these houses remain in restored condition.

The Cyprus tree windrows which separate the one-acre parcels were donated by Ms. Kruger, who gave land around Eagle Rock for the Kruger Pines Retirement Home and North Knoll Road.

By the end of 1948 between 15 and 20 families called Strawberry their home. Access to Strawberry was via U.S. Highway 101, a four lane highway: two lanes northbound and two lanes southbound. There was no freeway, no cloverleaf exchange, no street lights or traffic signs of substance. Telephones were hard or impossible to get and the only telephone option available was a multiple (party) line.

The pioneers gathered in the back room of Avila’s Bar on 101 and formed the Strawberry Property Owners Association (SPOA). The SPOA became the recognized speaker for the community to the county and its officials, developers and builders, planners and politicians.

“The Red Barn” was moved from one of the dairy farms to serve as the developer’s office, and then used as a community center for the new residents and two church groups.

The Strawberry Festival was started in 1953 to raise funds for the school library. Over the years 1953-1990 the festival became The Faire, The Circus, and The Festival. In 2010, Strawberry Recreation District brought the Strawberry Festival back as a community wide event featuring live music, entertainment, food and a community pool party. ( Please check the special events page for more information).

The Strawberry Recreation District was formed in 1949 and utilized the Red Barn as its original community center. By 1954, The Red Barn was gone and the SRD needed a new facilities. Planning began in 1958, but construction did not begin until March 1, 1970 by Carl F. Hartman Construction Company and was completed in February 1971. Architect for the project was J. Martin Rosse who had been in Strawberry since 1945.

The SRD center which angles up the hill below Ricardo Road is 9,700 square feet. The first level was planned as an office and a meeting room named “The Barn”. This room served as a daycare for several years. It is now the home of Camp Strawberry and is available for parties, meetings, classes and workshops.

The second level is a ¾ sized basketball court with a stage and proscenium, and kitchen. This versatile facility hosts athletics, performances, presentations, banquets and parties. Featuring glass doors that open onto two adjacent terrace patios and a deck overseeing the fields.

The Third and top level is named “The Loft” and is used for meetings, recreation classes, and parties. The meeting room was renamed “The Stephan Kaufman Loft” in honor of his dedicated years of service.

The SRD facility has been the home to many athletic and community organizations through the years and continues to strive to create community through people, parks, partnerships and programs.

With approximately 5000 residents, Strawberry is not just a physical location: it is a true community.